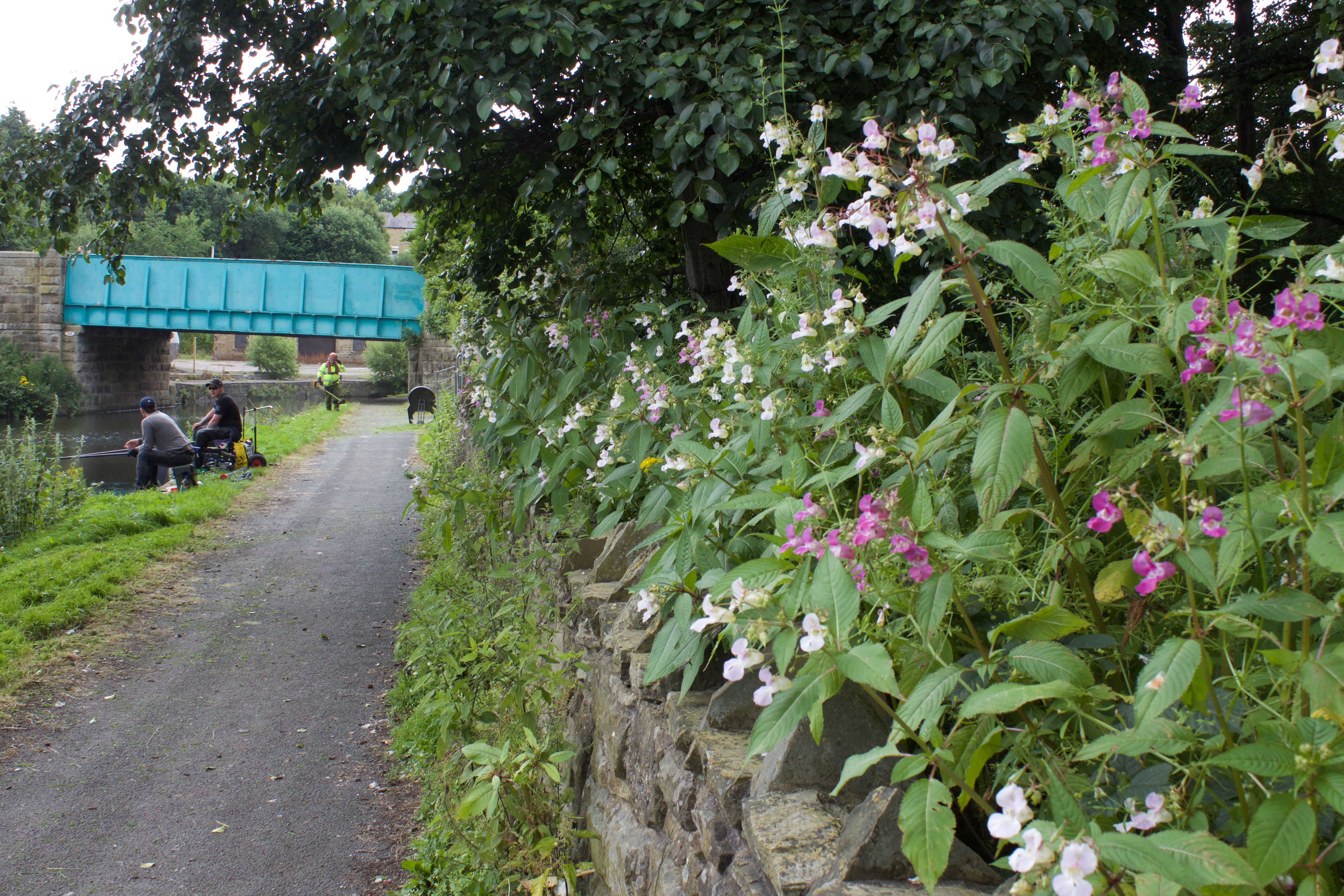 I do not ever remember seeing Himalayan Balsam before yesterday when I encountered it behind the tow path wall almost adjacent to the Egg and went off to look it up. I was surprised to discover that this splash of gorgeous colour is seen by many as an invasive occupying force, that has spread rapidly since its escape from confinement in Victorian gardens where it was first introduced from central Asia in 1839.

It is the largest annual plant in Britain, growing up to 2.5m high from seed in a single season. It spreads quickly by propelling seeds up to four metres from truly explosive little pods and they often drop into the water and further contaminate land and riverbanks further downstream (though I am not sure how this is an issue in the slow moving confines of a canal). It is widely regarded as a menace that would cost £300 million to remove nationwide. However, as fast as one group of people dig it up and burn it, others collect the seeds and post them to friends to plant. It is well loved by many and Birmingham Botanical Gardens even once sold the seeds as a novelty gift for children as ‘Mr Noisy’s Exploding Plant’ I aim to spend a sunny afternoon next week with a cup of tea waiting for the popping of the seeds if anyone would care to join the fun.

I have to say that the local sticky grass seems like more than a match, as it twists its way up and around the lancet leaves and blooms of the Balsam. I do not think I will ever become a Balsam basher.

The following link is to an interesting 15 minutes of radio on the subject: Mabey, Richard; Produced by Susan Marling (Broadcast 25 July 2011) http://www.bbc.co.uk/programmes/b012qnl4#synopsis