City Island is being built on the site of London’s lost village, that until the 1930s was isolated in a peninsula of the meandering Bow Creek. No Public transport approached along the forbidding looking thoroughfare of Leamouth Road, flanked on both sides by the high stone walls of the adjacent dock premises. The community lived along Orchard Place and the terraces of West Street and Duke Street leading to the creek side. They were served by their own Primary School and public house.

Most of the houses had been destroyed by the out break of the Second World War, under slum clearance orders and the inhabitants, for their own well being, moved on. In 1932 Bow creek Primary school had 160 children on the roll; 100 of the pupils bore the name Lammin, the rest were  largely of the names Jeffries and Scanlan. Not many came and went without prior business there and when the great Victorian social reformer Charles Booth visited in 1900 to interview local workers and employers for his extensive survey of London’s poor he was necessarily accompanied by a policeman.

The attached maps and images indicate the arrival and dispersal of people of the past 150 years, that has ebbed and flowed around this once muddy mound, like the the tide of the creek that surrounds it. And now new owners and tenants are arriving as extensive reconstruction builds the new City Island, joined to Canning Town in the north by a bright red footbridge to carry the new residents to jobs in the city and the shops at Stratford on the DLR.

It still feels like a soul less place, with brand new 14 storey towers around spare looking landscaping barely taken root. The old primary school long demolished, replaced by the Royal Ballet School, the Public House by a contemporary cafe and bar. A story in the Evening Standard last week reported that prices began around 400k for a studio apartment  with a top price around 800k for a two bedroom flat. I do hope the new model works and we should not lament what it replaces on this peninsula.

The large pictorial hoardings at the end of Orchard Place paint a glamorous picture of life here, that is at odds with the rest of E14. The recycled paper and scrap merchants on Bidder Street, Stephenson Street and Wharf Street are still thriving concerns along an urban fringe being pushed steadily eastward by what we used to call gentrification. I hope work and homes for the less well off will survive here and proper provision made for those who still sleep out under the concrete supports of the A13.

When I was here in 2001, the whole of this site was part of Pura Foods, whose factory announced itself on a regular basis with an invisible fog of fatty odours. Walking through the heart of the new development last week, I was sure I caught a whiff of it still, as I walked along the new central avenue of an aptly named Hope Street. 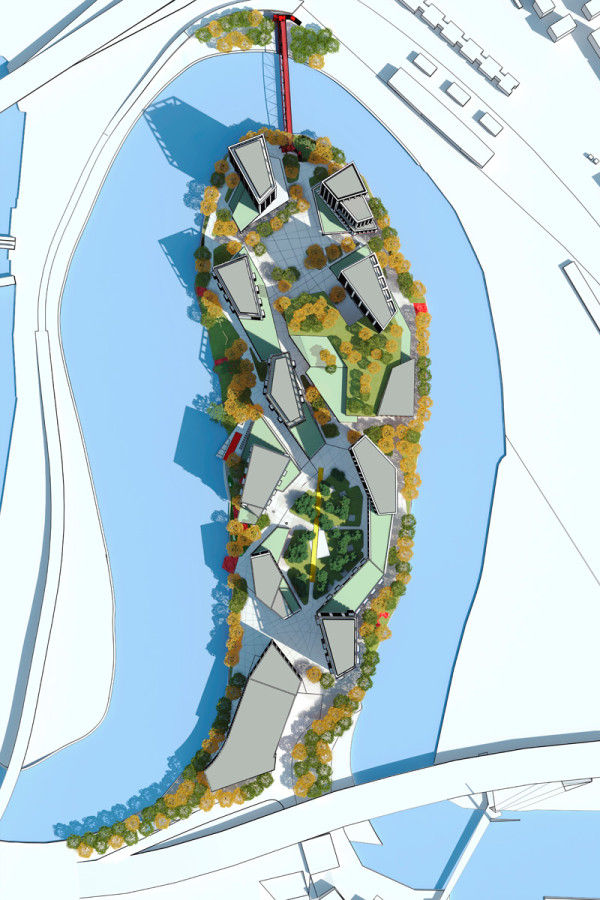 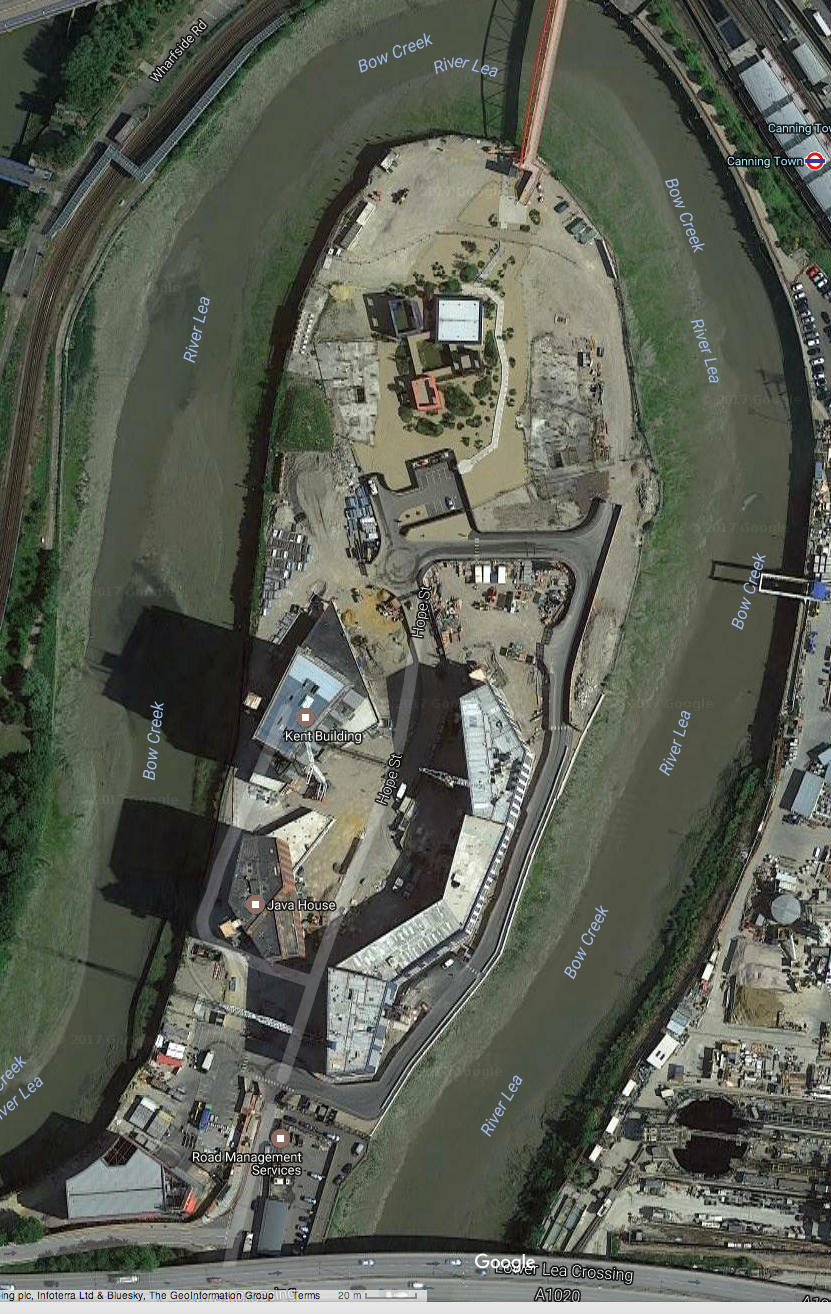