And this will be carried away too

But these currents sometimes cycle around like the daily pulse of a tide, and one thing, much later, can be found echoed at the heart of another. Well down river from Trinity Buoy Wharf in 2006, I lived for six weeks on the derelict Shivering Sands Forts, six miles off shore at The Nore. At the time I admired the buoy there that marked the western approaches. In January this year when my large sculptural egg was exhibited in the Chainstore at Trinity Buoy Wharf, I discovered this deep channel marker was made there. 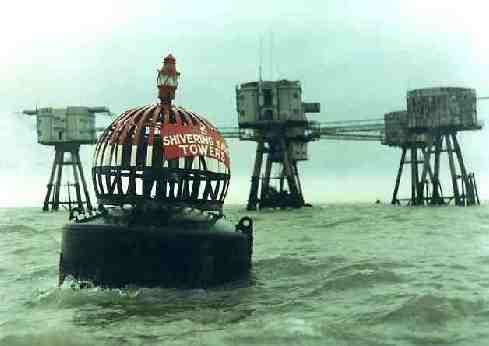